Great to use.
Once you use it, you can't get away from it.

GitHub Copilot is now in full release.
This article was written during the beta version, so corrections have been made throughout.

You will have to wait for a long time after registering.
In my case, I waited 3~4 months.

You may think it's expensive, but when you read this article, you may be thinking.
"Are you sure you just want to pay $10?"
You may think.
Also, if you are a student or a contributor to OSS, you can use the service for free.

Summarizes the code for you

I want to explain the code

I want GitHub Copilot to explain what this code is doing! 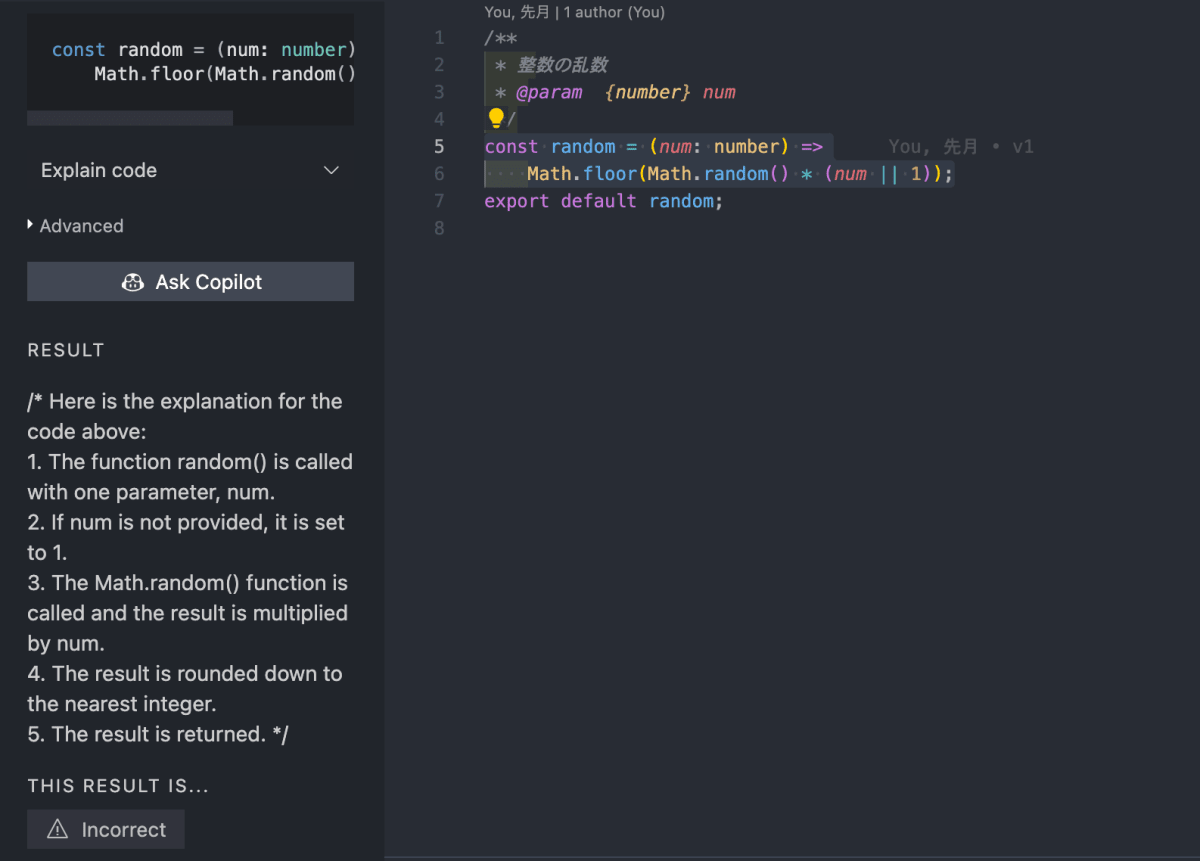 I need you to explain the processing flow of the code

Next, I'll ask GitHub Copilot to explain the code, focusing on the flow of the code process! 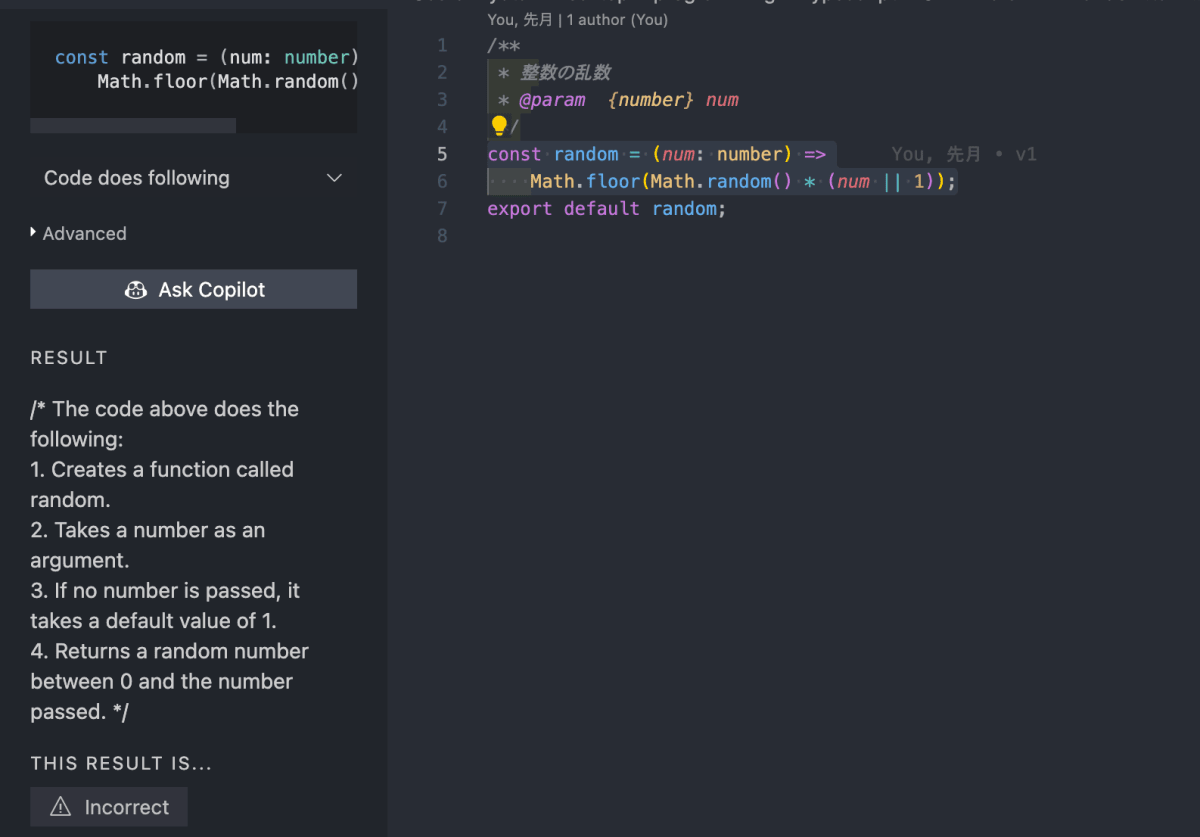 It converts the code to another language

I suddenly feel like porting the code I just wrote to Ruby and Python, so I'll have it translated. 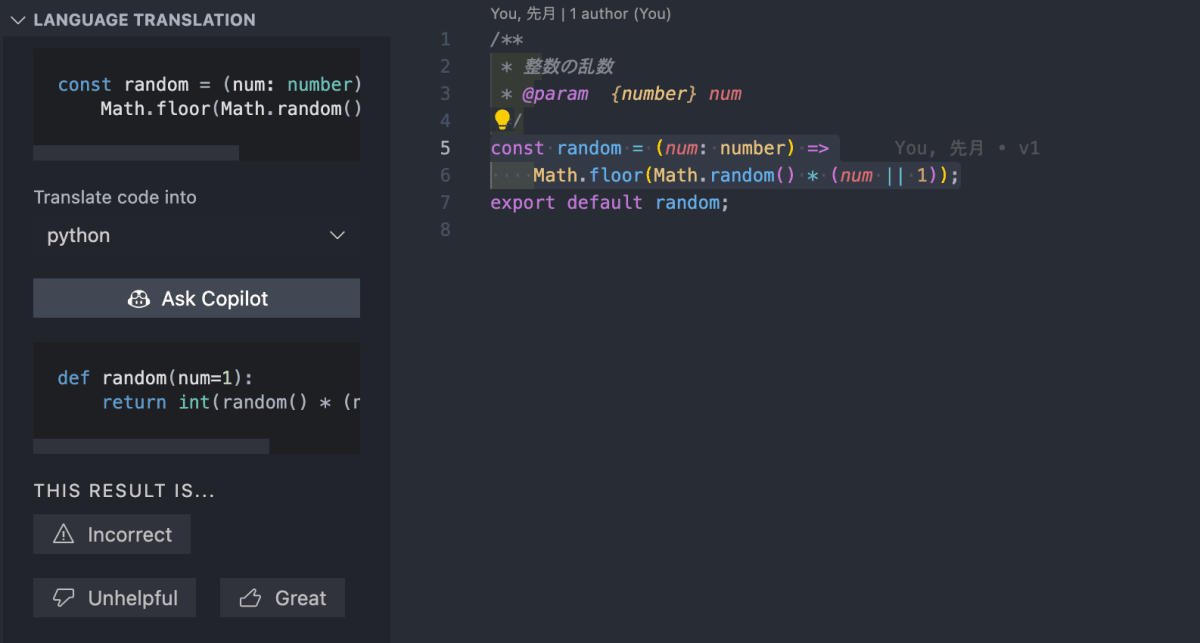 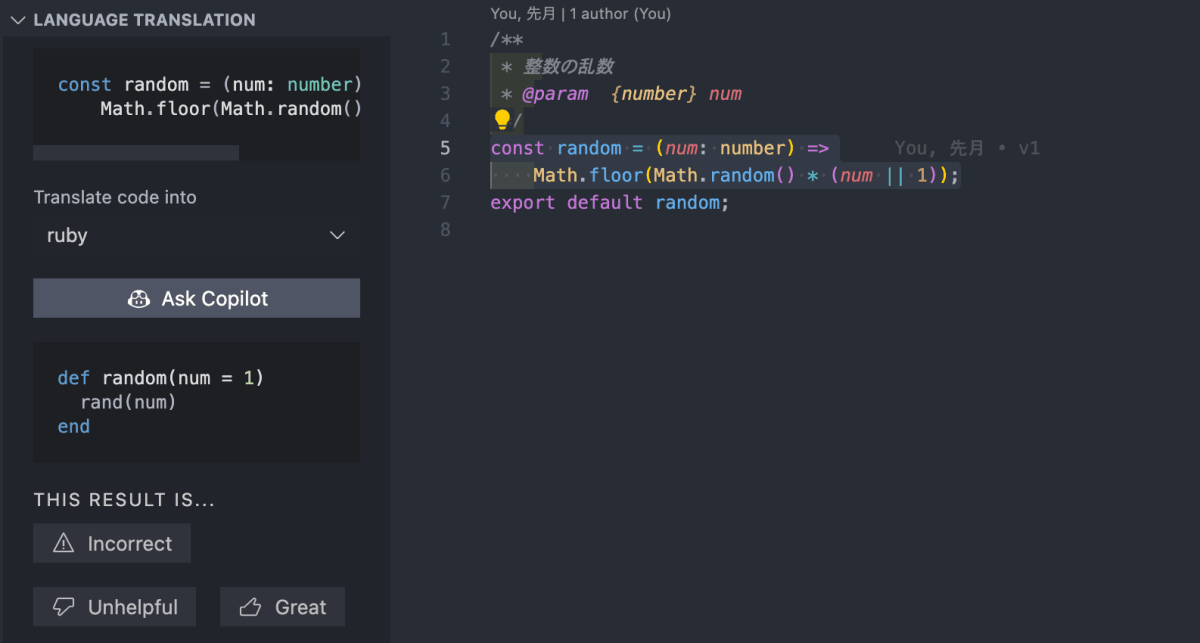 It is well translated.
It is great that GitHub Copilot understands the default values.

It works surprisingly well without any comments

The following code is generated by itself with just def average or func average.

Predict even from variable names

The example below only has input_age input.

The output is in light text, so it is easy to read.

If there is more than one answer, as shown in the image below, you can select one!

Really understand what the code means

In the code below, all I typed in was def average and print("The average is.
The rest is all automatic.

If you type in a sequence of numbers, it will guess the rest of the sequence

I have only written the name of the language except for the first sentence.

It's not an official release yet, so it's not surprising that there are some complaints.

Use at your own risk, but you get a partner like Esper.
Development speed will increase (maybe).

I have a blog.